On this holiday occasion, i’m offering a small portion of etymology of state citizenship; most probably you were not aware of the origins of its title (unless you’ve ever been a member of the male monasterial order of St. Ignatius). And in case you were aware, then, as it usually happens, you were instantly forgetting about that, affected by the angel spirits: Ros’ is a river in the territory of Ukraine, it’s a right inflowing stream of Dnepr.

The river’s rise is located by the village of Ordyncy, Pogrebishnsky district, Vinnitskaya oblast. The major towns that Ros’ river flows across are: Belaya Tserkov, Boguslav, Korsun’-Shevchenkovskiy. There are four hydroelectric power stations situated on the river.

According to some history scientists, the origin of the name Rus’ is connected to Ros’, and this way indirectly the name Russia. The rivers Ros’ka, Rosava and Rastavitsa flow into Ros’ river’s basin. The Polyan tribe was living at the shores of Ros’. In the times of the Ancient Russian state the Poross defense line was established along the north shore of Ros’, it was supposed to protect the south borders against steppe nomads’ raids.

Ros’ (Polish Roś) is a lake in Poland, on the territory of Varminsk-Mazursk voevodstvo. The area of water surface is 18,88 km². 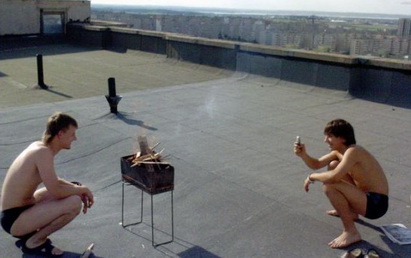 Oginsky channel (the Dnepr-Nemansk channel) was built in 1767—1783, it connects rivers Yasel’da (Pripyat’ basin) and Schara (Neman basin), this way linking the Baltic sea and the Black sea. The length of Oginsky channel is circa 55 km. There are two hithes on the channel, Telekhany and Oginskaya. Originally the channel was named Telehansky.

Neman (German Ragnit, Lithuanian Ragainė, Polish Ragneta) is a town on the left coast of Neman (Memel) river at northeast of Kaliningrad oblast of the Russian Federation, it is the administrative center of Nemansky municipal district and Neman metropolitan settlement. It is located 12 away from the town Sovetsk (before 1946 it was Tilzit, German Tilsit, Polish Tylża, Lithuanian Tilžė) and 120 km northeast from Kaliningrad, at Lithuanian border. 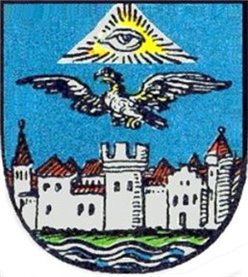 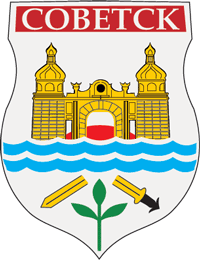 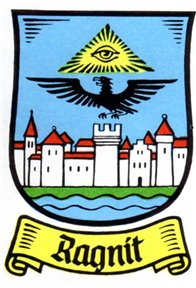 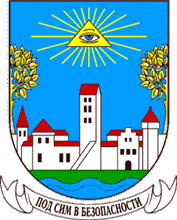 The town is situated at the place of an ancient Skalvian fortress named Raganita. According to the Prussian land’s chronicles put together by Petr of Duisburg circa 1326, the Skalvian castle located near Raganit was besieged by South Baltic Slavs (the Rutens). In 1289 at the place of the Prussian fortress of Raganit Mainhard von Kferfurt, a Prussian landmeister, established a new fortress that had the castles of Tilzit and Labiau as its subordinates. The buildings of the fortress were ruined for multiple times during the wars. They were totally demolished in 1355. They were finally rebuilt as their contemporary stone version in 1409. In 1678—1679 the town and the castle were conquered by Swedes. During the Seven year war in 1757 there were Russian armies marching in Ragnit. During Napoleon’s march to Moscow there were major fires all across the town and the castle, as this march passed through Ragnit. For many centuries this unique castle was enduring the numerous wars and natural disasters.

The Soviet army besieged and conquered the fortified town of Ragnit on January 17,1945. After the War, according to Potsdam conference outcomes, Ragnit was handed over to Soviet Union, in 1947 it was renamed to Neman. In 1945 recovery of a self-contained paper mill was started. The mill was producing cellulose, paper and spirit.

In 1976 during footage for “Twenty days without war” movie by “Lenfilm” specialists guided by director Aleksey German there were barbaric absolutely unnecessary explosions made at Ragnit order castle, this contributed to its further ruining. In the movie the explosion took 9 seconds. One of the castle’s internal walls, 30 meters long, 10 meters high, up to 2 meters thick, was lost irrecoverably.

The professional high school (Aufbauschule in Ragnit). There were 1200 students studying various trades in it. After 1945 these buildings were occupied by the commanders and several divisions of the troop unit 25006 (the anti-aircraft missile brigade of the Riga air defense corps); dozens of officers were serving there. The brigade was disbanded in 1993, then the buildings were abandoned and looted. In 1995 the movie “I’m a Russian soldier” was being shot at this area, the Professional high school building was blasted together with the headquarters building, to imitate the beginning of the Great Patriotic War. Afterwards the ruins of once the biggest building in Ragnit (excluding the castle) were handed over to the priests of Russian Orthodox Church, Moscow Patriarchate, then entirely disassembled to bricks. At present even the building’s foundation is hard to notice. 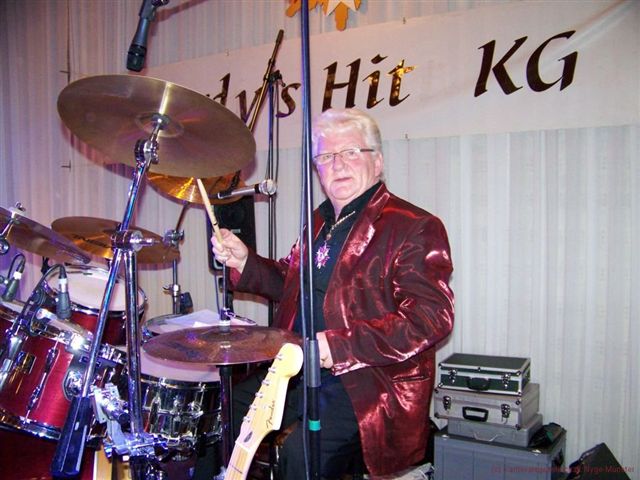