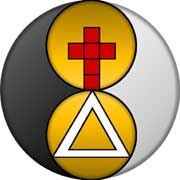 Bozh (later lat. Boz, Booz, Box; Russian: Бож) — a leader of Antes, mentioned by a historian Jordan. At first, Goths suffered a defeat from Antes, but later they turned to become more decisive and managed to captivate and crusify Bozh, along with his sons and seventy elders of Antes.

Sati (Devanagari: सती) – a ritual funeral tradition in Hinduism, in accordance to which a widow is subject to be burnt down along with her deceased consort at a specially constructed funeral pile. The word «sati» is a feminine adjective which in Sanscrit means «real», «existing», as well as «truthful», «honest». Brahmans, in order to support this practice, provided references to the scriptures. One of these brahmans — Viynanesvara — is from Chalukya dynasty. Another one — Madhavacharya — a theologian and minister of legal procedures of the Vidjayangara empire. They embraced sati as a sacred duty of a noble woman and qualified this as not a suicide (which is banned and condemned in scriptures), but as act of sacred reverence that, following their rhetorics, should sanctify a married couple, freeing it from any accumulated sin, guaranteeing redemption and providing their reunion.

A ketubah (Hebrew: כְּתוּבָּה ; “written thing”; pl. Ketubot) is a Jewish prenuptial agreement that is considered an integral part of a traditional Jewish marriage. It served as a replacement of «widow’s honor» or ransom which ascended to Biblical times and which a fiance should have to pay to the fiancee or her parents when contracting a marriage. It lists such duties of the husband in respect to the wife as providing of food, clothes, bedroom duties, as well as the duty to pay a specific amount of money in case of divorse. A man that would like to pledge a divorce would have must give to his wife «get» (a statement about a divorce). It worth mention that early existed ransom has become a serious social problem: many potential young husbands could not obtain the required amount of money by the time they were supposed to contract a marriage.

R1a-Z280 is an Eastern-European marker (possibly, Balto-Slavic), widespread along all Central and Eastern Europe, its Western bound of areal spreads from Eastern towards Southern-Western Germany and further towards Northern-Eastern Italy. Within this branch are separated several clusters that are studied only in broad brush strokes: Eastern-Slavic, Baltic, Pomeranic, Polish, Carpathian, Eastern-Alpic, Chechoslovak and others.

R1a1a — within brahmans of Western Bengal reaches 72%, within Afgan’s Pashtuns up to 51%, within India’s Manipuri — 50%. In Polish, Russian and Ukrainian regions it fluctuates within bounds of 50-65%.

R1a-Z93 (also named Z94 or Z95) — the main Asian branch of R1a. It was found in Central, Southern and Southern-Western Asia (including Ashkenazi jews). R1a-Z93 is a marker of many nations, such as Indo-Iranians (Aryans), Persians, Midians, Mitanns, Bashkirs, Tatars (and Lithuanian Tatars), and is included into the genetic pool of arabs and jews.

And now replace the words «wife» and «widow» with the word MOTHER.

So what, descendants of slavo-arye-rabbis, do you want to burn your MOTHER again? I would not like to, and won’t recommend this to you. May be, it worth making a stop and thinking about causes and results of our actions, because of which we must run like a squirrel in the spinning wheel, without the possibility to stop, for even a second, as even to evaluate what we are doing with our planet that is the Mother common for all species.

ps You are able to know this only thanks to dolphins and primates — and this is not a joke! I am asking you to release them and never again try to make any harm to these, more sentient species. Other species you can exploit for some more time — but be aware, that it is most possible that you will carry consequences in accordance to this.